November 12, 2020 (Fredericton) – At its annual meeting held in Florenceville-Bristol, the New Brunswick Arts Board (artsnb) elected Alain Boisvert as its new Chair. Mr. Boisvert succeeds Carol Collicutt, who served in this role with distinction for nearly four years. This cycle, framed by a solid strategic plan, ushered in many successes and warm relations with provincial and other partners across the country. 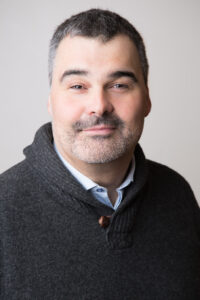